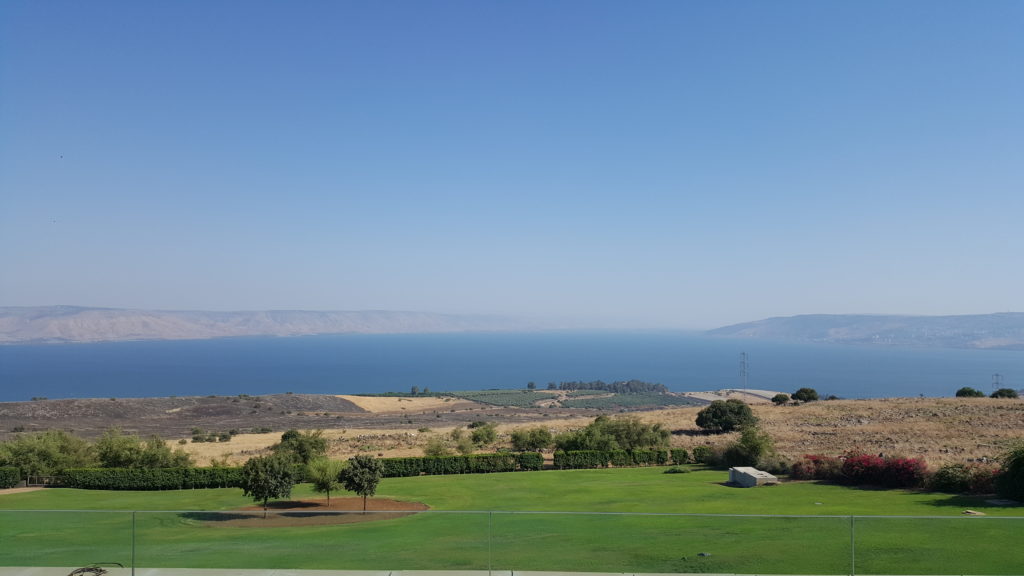 5 INTERNATIONAL CONFERENCE ON PERSONS
August 12-16, 2019
Domus Galilaeae on the Mount of Beatitudes, Israel

EDITH STEIN – A SAINT FROM WROCŁAW, A SAINT TO THE WHOLE WORLD

Breslau, today Wrocław, is the city of Poland, where Edith Stein – a Jewish philosopher, Christian martyr and a Carmelite nun grew up.

The year 2019 is marked by three significant anniversaries:

77 years have passed since the death of Edith Stein at Auschwitz (on the 9th of August). We have just commemorated this event with an international prayer meeting on the huge twentieth century cemetery as well as with the opening of an exhibition entitled “Edith Stein – self-portrait”.

On the 1st of October 20 years will have passed since John Paul II proclaimed Edith Stein a co-patroness of Europe, and in October this year a prize awarding ceremony will be held by our Society – three St. Edith Stein awards will be given in recognition of achievements in the field of sharing thoughts of our great Saint.

The third jubilee is closely related to the association I represent, the thirtieth anniversary of the establishement of the Edith Stein Society in Wrocław, one of the first non-government organizations in Lower Silesia.

One might ask a question: Why do we need to celebrate anniversaries and jubilees?
Let me use the words of Edith Stein to give the answer.

We are “a generation poor in spirit and thirsting for the spirit” and as such we dramatically “look anywhere where it once flowed abundantly in order to drink it. And this is a healing impulse. For the spirit is living and does not die. Wherever it was once at work in forming human lives and human structures, it leaves behind not only dead monuments, but leads therein a mysterious existence,like hidden and carefully tended embers that flare up brightly, glow and ignite as soon as a living breath blows on them. (…) Receptive human souls are the stuff in which it ignites and becomes the informing strength that helps in mastering and shaping present life. And if it was a holy fire that once burned here on the earth and left behind the traces of this action, then all the places and remains of this action are under holy protection. From the original source of all fire and light, the hidden embers are mysteriously nourished and preserved in order to break out again and again as an inexhaustible, productive source of blessing”.

Edith Stein, a woman martyr who died for Christ and for his people in the gas chamber offers us – no doubt – such a source of blessing.
Let me quote Pope John Paul II expressing the same conviction about the great Saint in his homily for the canonization of Edith Stein:

“The love of Christ was the fire that inflamed the life of St Teresa Benedicta of the Cross. Long before she realized it, she was caught by this fire. At the beginning she devoted herself to freedom. For a long time Edith Stein was a seeker. (…) She traveled the arduous path of philosophy with passionate enthusiasm. Eventually she was rewarded: she seized the truth. Or better: she was seized by it. Then she discovered that truth had a name: Jesus Christ. From that moment on, the incarnate Word was her One and All.

Edith Stein is a splendid example of a woman of faith, a symbol of a human, cultural and religious pilgrimage which brought her to the point of making the supreme sacrifice.

The Edith Stein Society makes every endevour to make her thought be spread all over the world. It has its headquarters in Wrocław in Nowowiejska street in the house which was owned by the Stein family from 1910 until 1939 when it was taken away under the new Nazi ‘arianisation laws’. This large neo-classical villa was home to Edith during her study at Wrocław University until April 1913 when she left for Göttingen to take the courses of her teacher Husserl, founder of the school of phenomenology.
After the war since its inception in 1989 The Edith Stein Society had been trying to take over the house in accordance with the policy expressed in its statute. This was accomplished on October the 5th 1995 and since then, after a thorough refurbishment the Stein’s family house is open to pilgrims from all over the world.

The main goals of the Society are studying, cultivating and promoting the spiritual heritage of Edith Stein as well as preserving and popularising places and buildings connected with her life. Our other objectives are Jewish-Christian dialogue, understanding between the nations of the world, respect for the Christian roots of Europe and supporting the development of civil society. The Society has a strong cultural programme to promote multicultural dialogue, including exhibitions, lectures, readings, youth seminars and more.

Both personally and as a director of The House of Edith Stein I am fascinated by the profound and versatile thought of St Teresa Benedicta of the Cross. I strongly believe it may help men and women of the third millennium understand the implications of social, intellectual and religious life. She is offered to us to inspire us and to inflame with her message in our commitment to serve freedom, in our search for the truth.

Saint Teresa Benedicta of the Cross,
pray for us,
pray for the Continent of Europe!

We are a Public Benefit Organization whose statutory goal is to discover, cultivate and promote the spiritual heritage of Edith Stein – Saint Teresa Benedict of the Cross.